Man in the Window

Wondry and the LA times throw their hat in the ring for a  Golden State Killer podcast (yes, another one). I am confident every True Crime podcast releases a Golden State episode. So should you listen to this? Yes (with a soft whisper). Their street cred to start: they are the same duo that produced Dirty John and Dr. Death. Not too bad.

Podcast structure is 6 episodes over a single season. IThe podcast includes multiple first-hand interviews with a cast of characters: detectives who worked the original cases, detectives who broke the case, neighbors of the accused and others. They attempt to shed light on just how aggravating the case was for those who worked it, experienced it, and even those who inconspicuously lived next to a psychopath.

Although good, the show could have been better. I wish they released 10 episodes instead of 4, and included more interviews with those who knew the accused. 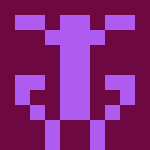 Kevin spent his formative years studying finance and accounting. He is an expert in business podcasts, however listens to comedy listen to comedy and sport podcasts.