Where is this podcast trying to go? The podcast promised an interactive show with the audience to solve murders, but fails to deliver. On the surface—an accredited crime duo covers a new case each week and presents evidence and theories. Their website is open to arm chair detectives who can build on their findings with the goal of solving cases. Sounds great! In actuality, two overly confident hosts who are uncomfortable being recorded attempt to keep the audience engaged with episodes who do not follow any consistent structure. Hit snooze and return back in 6 months to see if they got any better.

Although with increasingly negative reviews, the podcast remains in the top 100 each week. Paul Hole’s credentials speak for themselves—he worked for two decades for law enforcement in Contra Costa CA investigating some of the most notorious serial killers.  For the last ten years he was worked with the FBI and contributed to the infamous arrest of the Golden State Killer. Billy Jensen is a true crime journalist who writes for some serious publications on high attention cases. He also helped contribute to the Golden State Killer Book, “I’ll Be Gone”. Lastly, this team consults on “MFM” which helped them gain 5K reviews before even one episode was released.

The issue is podcasts do not achieve success overnight. Single season shows covering one case or story can quickly become a sensation—because it is a story. However when a show depends on their hosts for content, it seems these shows take a while to find their groove. Unfortunately for Jensen and Holes, they may have already had their chance go by. 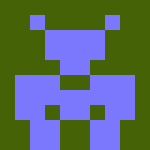 Brendan started listening to Podcasts while launching his first marketing agency. He typically listens to about 10 shows a day. He is a switches his routine between business and comedy.