Investigative reporter Linda Sawyer was in Long Beach California covering a news story when she was invited to a holiday party by a psychologist, Dr. Vonda Pelto. Dr. Pelto was the doctor of some of the most famous killers throughout the ‘80s. At the party, Linda was making her rounds when her profession as a crime reporter came up in conversation. She had met a man who owned the Liberty Theatre – where a real-life Phantom of the Opera case took place.

I May of 2010 Daniel Wozniak, a community theatre actor, killed his two friends between performances. One was prior to show time and one was after. The reason for the killings was to drain their bank accounts to pay for his upcoming honeymoon. However, what struck Linda to dig deep into this case was how such a charming and endearing person just committed these murders without missing a beat during his show. Many claim the motive behind the murders was to support his fiancee and former Disney star Rachel Buffet.

If you are a fan of investigative podcasts then Sleuth is a highly recommended listen. Not only is Linda’s storytelling on point, but she also provides a vast array of information. Each episode features a substantial amount of interview clips from all kinds of Daniel and Rachel’s connections. Some of the most gut wrenching audio you will hear are clips from phone calls between Dan and Rachel. Because this is a fairly well-known case there is plenty of reading and true crime television related to Sleuth, but if you are looking for the concise story version of the Wozniak murder then Sleuth is your show. 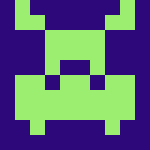